On November 15th, the museum will open its newest exhibit, Crossroads of Elkhart County: Claiming the Land. The 2nd phase in the redesign of the museum’s primary exhibits examines the period beginning with French contact with Native groups in the period following the Beaver Wars, and concludes with the year 1850; 1 year prior to trains arriving in Elkhart County. During this period, different groups, Native, European, and American, claimed this area and attempted to take control of the region geographically, politically, and culturally. The consequences of these actions had long-lasting effects and altered the history of Elkhart County as we know it today. It is hard to believe that in an about 150-year period this area was known as Myaamionki, Bodéwadmi kė, New France, British Colony, Northwest Territory, Indiana, and eventually Elkhart County.

The exhibit is in sections that tell the story of each cultural group: The Miami and Potawatomi, French, British, and American. One of the exhibit’s strength is that a visitor can pick any of the sections to begin their exploration, and learn what happened as each of these groups while they controlled the Great Lakes region. A visitor will also see in each section the relationships these groups had affected each other. For example, you will learn about how Obwandiyag (Pontiac) formed his confederacy in the Native section and learn about the reaction to Obwandiyag capturing forts across the region in the British section. These callbacks featured throughout the exhibit help interpret the history of the period from different viewpoints.

Another important element of the exhibit is unlike the first phase of the exhibit, Forging a Path, that covers cultures that existed for hundreds of years, Claiming the Land brings history to a personal level through it use of quotations. The exhibit highlights the words of generals, religious leaders, and everyday people, writing their experiences as they lived through the events that helped make this area what it is today. The quotes bring a realness to the exhibit, and visitors will able to have a stronger connection to the people that lived during this chaotic period in history.

Crossroads of Elkhart County: Claiming the Land officially opens November 15. To dig even deeper and learn about the development and work behind creating the exhibit, come to our Curator’s Talk on November 23 and take a behind-the-scenes tour with museum staff. 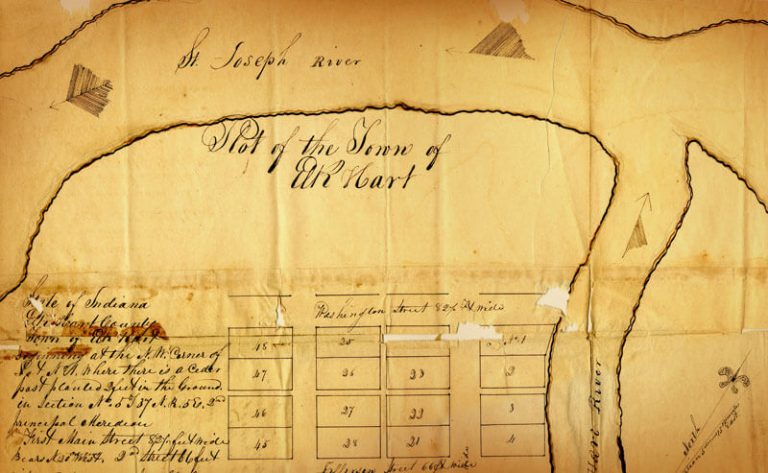 Did you know? The outermost layer of the sun, call

Did you know? Our Milky Way galaxy began as a star

Did you know? The sun rotates on its axis from we

Check out our latest EC History in 60 YouTube vide